Three Waves of Change in Logistics: Railroads, Ships and Amazon

Welcome to chapter three of my five-part series on the history and future of supply chain innovation!

Today we focus on three waves of innovation over the last three centuries. How did we get from the steam engine to the container ship today?

Chapter One: The Railroad 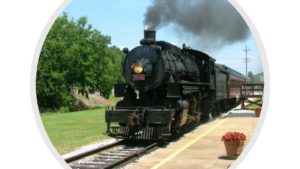 In my view, it all starts with Leland Stanford. Stanford wasn’t the first pioneer in railroads. Far from it. The Vanderbilts, Carnegies, and Goulds would challenge that claim. But Stanford did something extremely important. In Promontory, Utah, in 1869, Stanford took a hammer. He drove the Golden Spike into the ground. And for the first time, railroads could travel from the West Coast to the East Coast.

This innovation was remarkable because it shrank the country. A door-to-door trip, which previously would have required a horse and buggy, could now be conducted by rail. This breakthrough compressed travel times. It also reduced transportation costs. As a result, people could traverse the country. And so could goods. The railroad breakthrough enabled John Rockefeller to build Standard Oil into the most powerful company of its era. Cheap transportation made it possible. 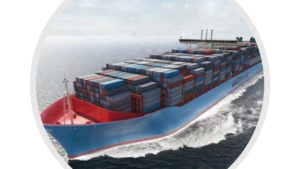 A century later, Malcom McLean had an idea. Why was it so inefficient to ship goods internationally? Why did people pack ships on an item-by-item basis? Could he find a way to reduce theft? And what about a way to make it easier for maritime cargo to be transported directly onto trucks?

In 1956, Malcom McLean decided to take an oil tanker and retrofit it. He stacked containers on it, and shipped goods from Newark to Houston. Later, he would figure out how to put those containers on a truck. And with it, he launched the era of containerized shipping.

This breakthrough produced a fortune for McLean and his trucking company, which he would eventually sell to Maersk. It also generated success for the global shipping industry. And McLean’s innovation gave birth to the modern retail industry. When Sam Walton started Walmart, he realized that he could use containerized shipping to source low-cost manufacturing in Asia. As a result, he created a low-cost advantage for Walmart and built the world’s largest retailer. 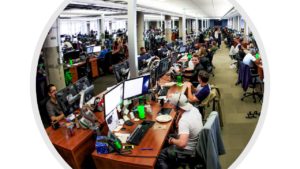 But Jeff Bezos had an important insight. He believed that customers who subscribed to an “all you can eat” shipping service would buy more, and Amazon would ship more.

He was right. And the rise of Amazon Prime created a powerful cycle, driving consumer demand for faster and faster delivery. His innovation fueled a new age of subscription-based business models. Today, Amazon is pioneering same-day and even same-hour logistics delivery.

The Amazon effect is creating a series of ripple effects. It is leading Amazon to buy retailers like Whole Foods for their network. It is forcing rivals like Target to acquire last-mile companies like Grand Junction and Shipt. It is fueling growth in e-commerce fulfillment. It is causing real estate investors like Blackstone to double down on last-mile warehousing facilities. It is driving investment in robotics and automation. It is also accelerating investing in last-mile technology companies. It is fueling M&A consolidation in logistics.

For more information on the three waves of innovation and the future of logistics, watch this video, read this article, and follow my posts on LinkedIn and Twitter! If you have feedback, I’d welcome your ideas.

Benjamin Gordon is an entrepreneur, advisor, and investor for companies in transportation, logistics, and technology. He is CEO of Cambridge Capital in West Palm Beach, a private equity firm that specializes in the supply chain sector. Follow him on Medium, Twitter and LinkedIn.